I found a slight miscalculation in my wall measurements, but at least this part is too big rather than too small. This is the deck for the south part of Newton, which is the old Carolina & Northwestern line going to Lincolnton, Gastonia, and York, SC.

The C&NW (not the one in Chigaco!) started out as a 3 foot narrow gauge line from Chester, SC to Lenoir, NC. It was standard gauged, bought by the Southern Ry, and eventually cut back to York, SC, though there is still a little bit left in Chester, as an industrial lead.

By 1979, when I was working in a cotton mill in Lincolnton for the summer, the line was cut between Lincolnton and Dallas, just north of Gastonia. The mill where I worked was the end of the line, and we'd get about one boxcar of cotton every day. Now the line ends just past the Midstate Mills plant in the southern part of Newton.

It is nice to be building a model railroad again, even with the occasional oops. The little hole at the top of this picture goes to the Gastonia stating yard, which is a short (about five foot) three track staging yard. That will be fine for the one little local train each way six days a week.

While I was going back to Laurinburg for a visit a little while back I got an idea for a revision to the design. Here is the new lower level plan.

I moved the Spencer staging yard over to the garage wall and replaced my "thin" wall section with a peninsula. This will mean a little less length on the main track, but other things are improved. For the old plan, see here.

Once I get the deck the right size, I'll add framing using 1-1/2 inch strips cut from 1/2 inch cabinet grade plywood, the same material the deck is made from, and then I'll be ready to start working on roadbed, track, and wiring. Like my last layout, this one will be built in pieces. The track laid, wiring installed, and everything tested before being installed in the layout room. The Gastonia staging yard will be next, and then I'll start building along the south (right hand) wall. By the time I get to Claremont (lower) and Conover (upper), I'll have enough grade separation to start the dual level section. Look Ma! No helix!
Posted by Unknown at 6:28 AM 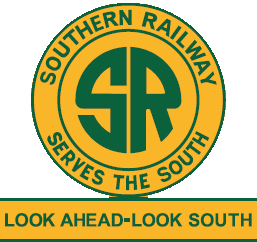